juglviv
1) Use the appropriate tools for the job
Many programmers seem to forget how important is logging an application’s behavior and its current activity. When somebody puts:
happily somewhere in the code, he probably doesn’t realize the importance of application logs during maintenance, tuning and failure identification. Underestimating the value of good logs is a terrible mistake.
In my opinion, SLF4J is the best logging API available, mostly because of a great pattern substitution support:
In Log4j you would have to use:
This is not only longer and less readable, but also inefficient because of extensive use of string concatenation. SLF4J adds a nice {} substitution feature. Also, because string concatenation is avoided and toString() is not called if the logging statement is filtered, there is no need for isDebugEnabled() anymore. BTW, have you noticed single quotes around filter string parameter?
SLF4J is just a façade. As an implementation I would recommend the Logback framework, already advertised, instead of the well establishedLog4J. It has many interesting features and, in contrary to Log4J, is actively developed.
The last tool to recommend is Perf4J. To quote their motto:
Perf4J is to System.currentTimeMillis() as log4j is to System.out.println()
I’ve added Perf4J to one existing application under heavy load and seen it in action in few other. Both administrators and business users were impressed by the nice graphs produced by this simple utility. Also we were able to discover performance flaws in no time. Perf4J itself deserves its own article, but for now just check their Developer Guide.
Additionally, note that Ceki Gülcü (founder of the Log4J, SLF4J and Logback projects) suggested a simple approach to get rid of commons-loggingdependency (see his comment).

2) Don’t forget, logging levels are there for you 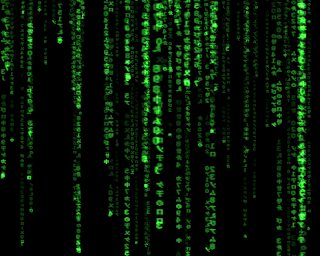 then you probably have not followed my tips. Logs should be readable and easy to understand just like the code should.
On the other hand, if your application produces half GB of logs each hour, no man and no graphical text editor will ever manage to read them entirely. This is where old-school grep, sed and awk come in handy. If it is possible, try to write logging messages in such a way, that they could be understood both by humans and computers, e.g. avoid formatting of numbers, use patterns that can be easily recognized by regular expressions, etc. If it is not possible, print the data in two formats:
Computers will appreciate “ms after 1970 epoch” time format, while people would be delighted seeing “1 day 10 hours 17 minutes 36 seconds” text. BTW take a look at DurationFormatUtils, nice tool.
Оригінал: http://www.javacodegeeks.com/2011/01/10-tips-proper-application-logging.html
Original
Permalink: https://jug.lviv.ua/2013/06/20/10-tips-for-proper-application-logging/