Few weeks ago, just before new year I created short survey for members of jugLviv user group and other Ukrainian java developers as well. I spread form among other Ukrainian JUGs, FB and Linkedin. In few weeks almost four hundred developers submitted their replies so that I decided to generate summary report nevertheless survey was still open. Later on I will update results if needed.

So first of all some information about developers themselves. We can see most of participants are between 30 and 40 years old, It’s a bit unexpected, usually younger people more willingly take part into different surveys but here just 20% under 25 years. Average age in Ukrainian IT industry is around 30 years. More information about Ukrainian IT specialist you could find here

71% of respondents are software developers, 5.7% choose option “Other” but based on comments I could assume most of those “others” are Automation QA engineers.

I added optional question – “What is your city?” Majority replied – Lviv. In fact it’s just second biggest outsource destination in Ukraine after Kyiv.

More than 50% develop some petprojects 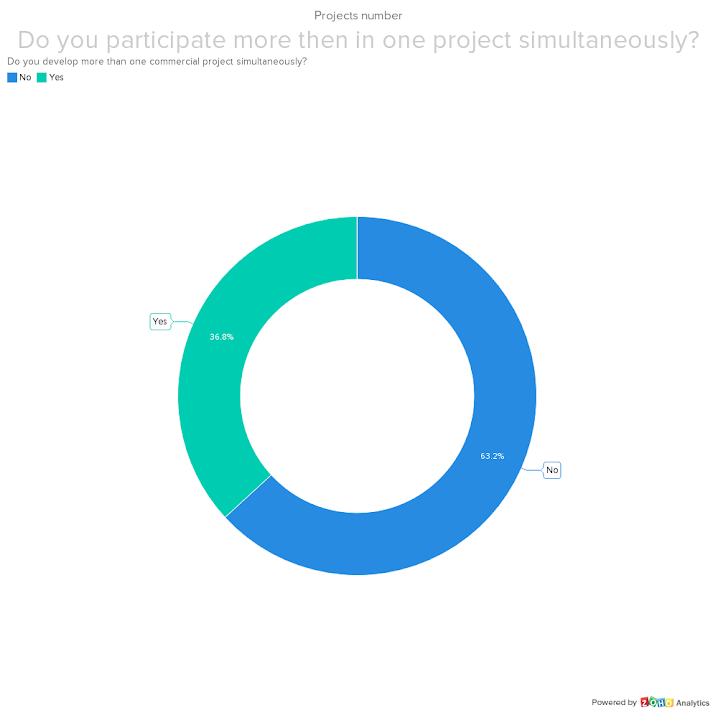 So the most popular Java version in commercial projects is still Java8 though Java11 used by 40% of developers and it’s quite a lot even it’s twice less than Java8. Remind you Java11 was released less than 1.5 year ago.

migration to new version is not easy, so that 44% projects never update major version Java on prod and 31% decide what to do each time when new version is released.

As usual new projects are started on the latest LTS version and just 20% prefer  totally newest version even without long term support.

Most popular JDK vendor is OpenJDK and OracleJDK. I could assume with the time OracleJDK will be used less and less.

To cover every aspect I asked which other JVM and non-JVM languages are used by java developers in Ukraine. 50% just dont use any other jvm language except java. Among non-JVM languages as expected the most popular  is javascript. 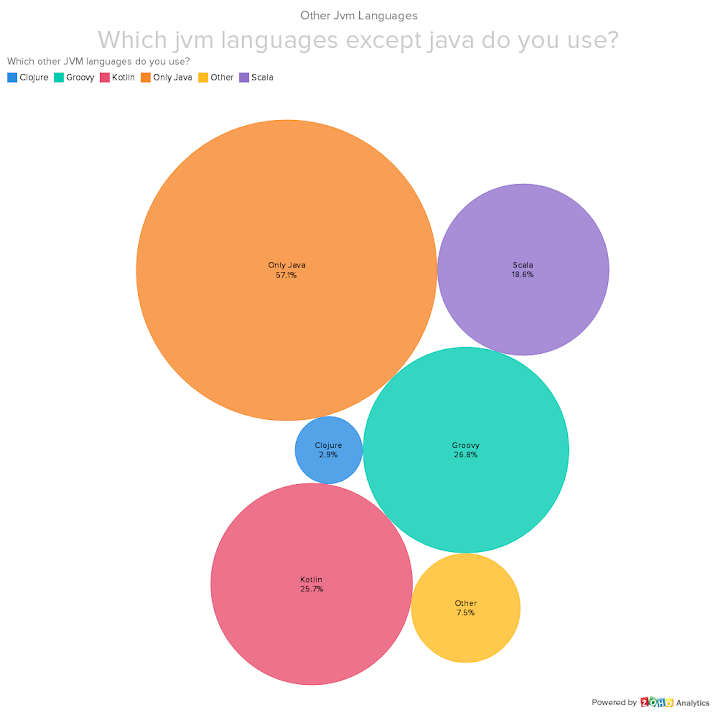 I expected javascript is the most popular second language ’cause it’s used for a building frontend part in web projects and  90% of developers are involved into web projects.

so that one of the most important question was “Which web frameworks do you use?” Respondents were able to choose answer among dozen small and big frameworks. 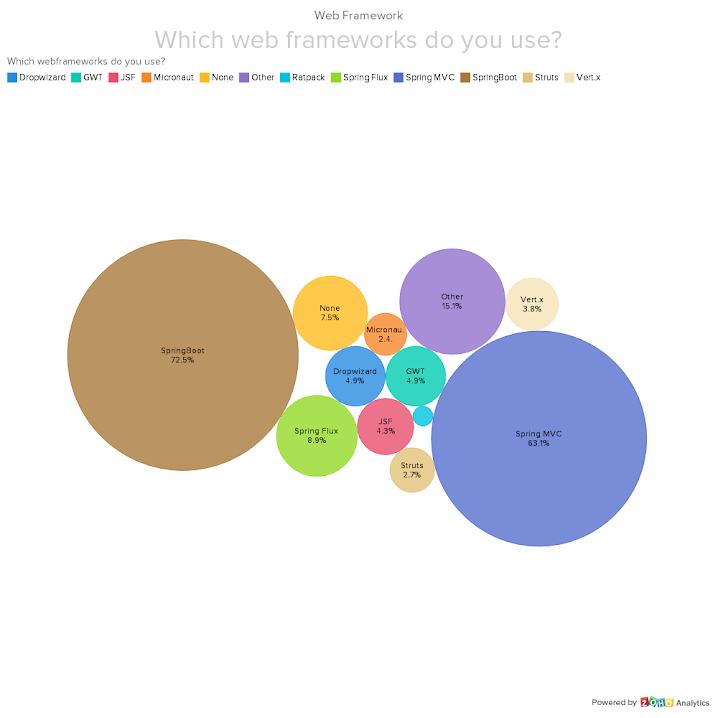 Spring won twice in this battle

Usually all those Spring projects are run on Tomcat 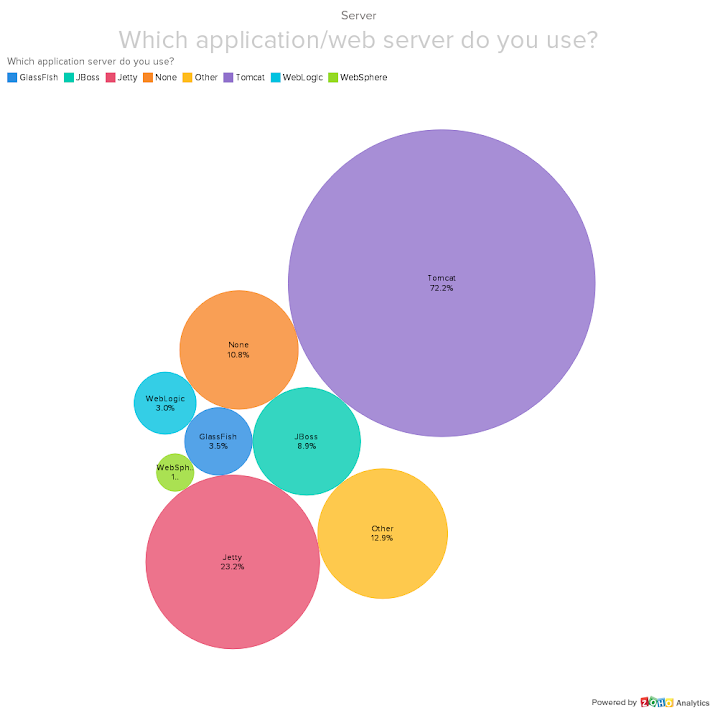 And tomcats started either on Cloud or private physical servers 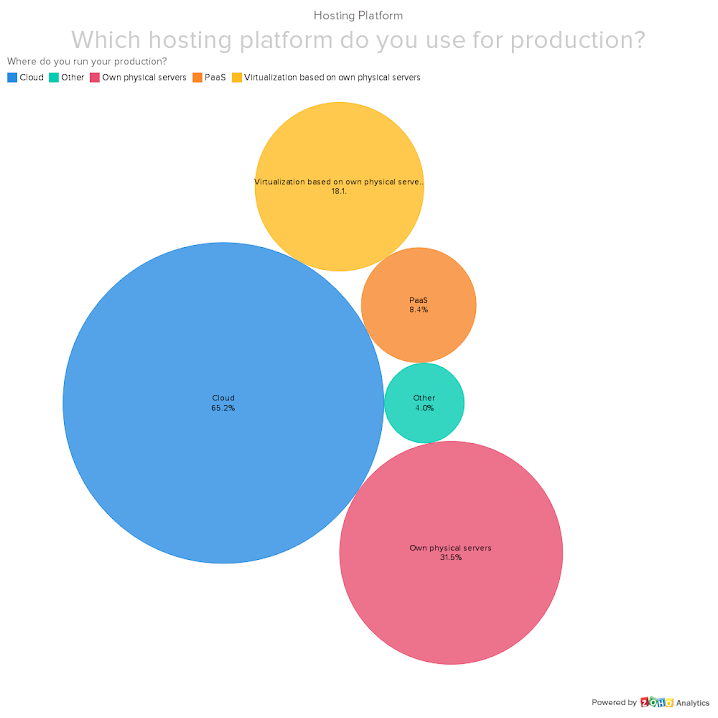 Amazon is the most popular Cloud provider 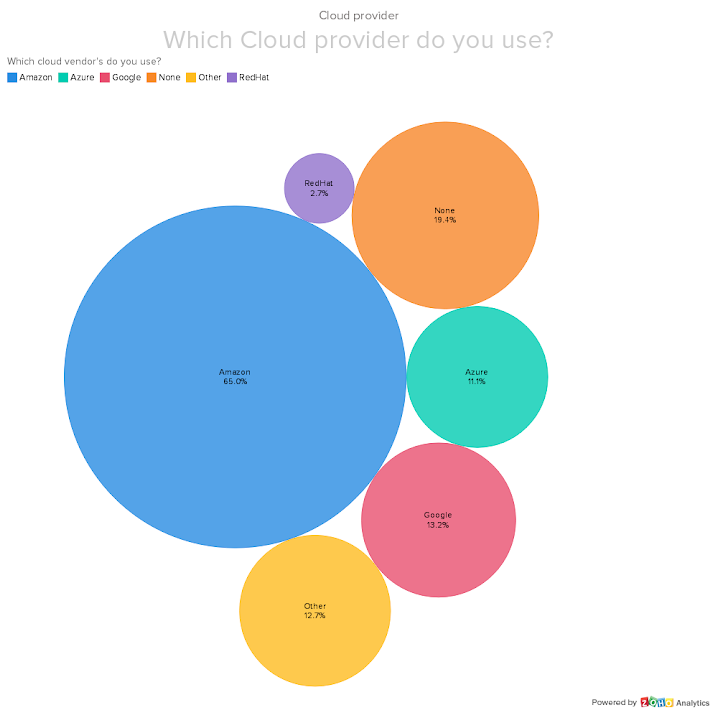 Back to frameworks – BigData seems is not so widely spreaded as you could assume – 72% do not use any frameworks,  on other hand 28% is not so small number, one fourth develops BigData projects… 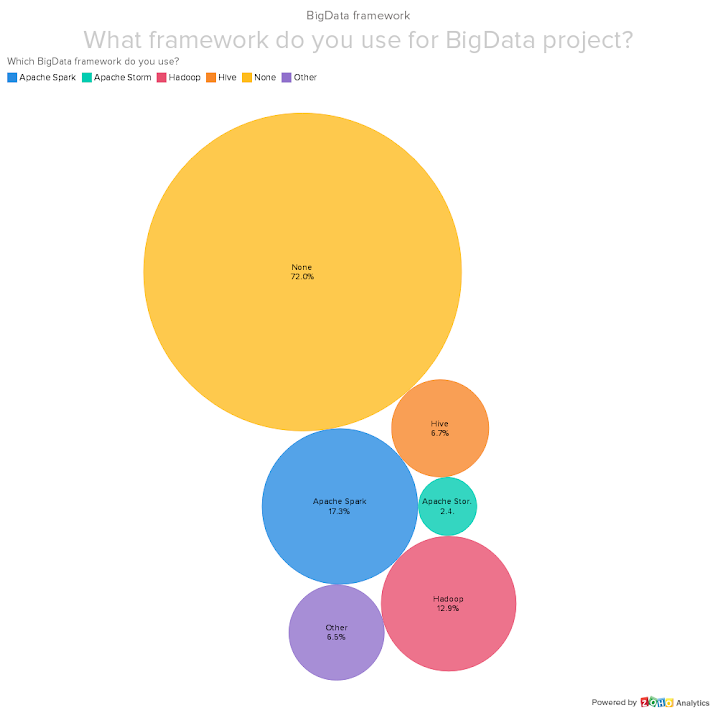 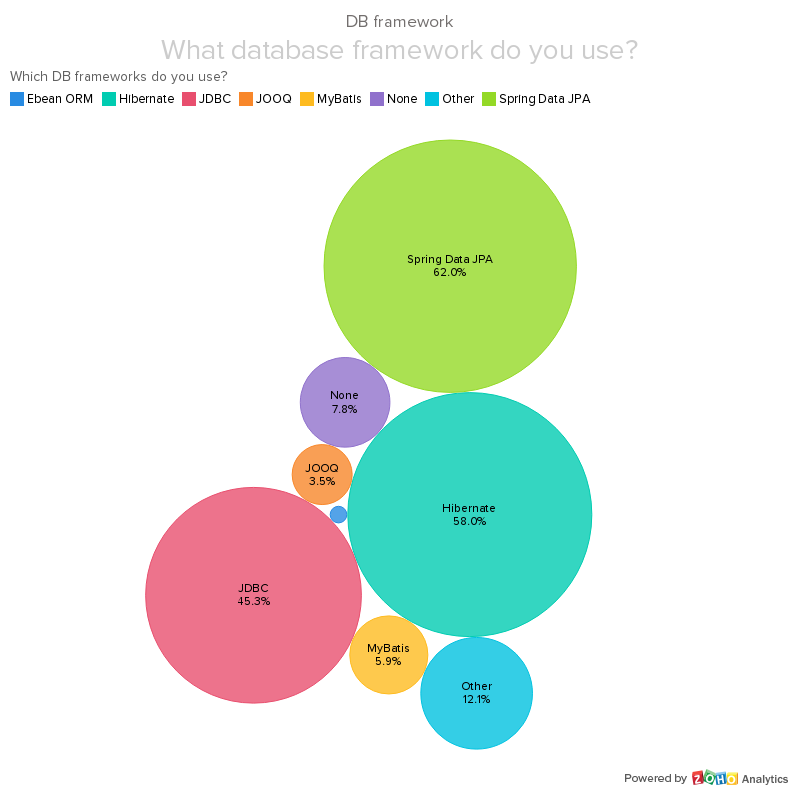 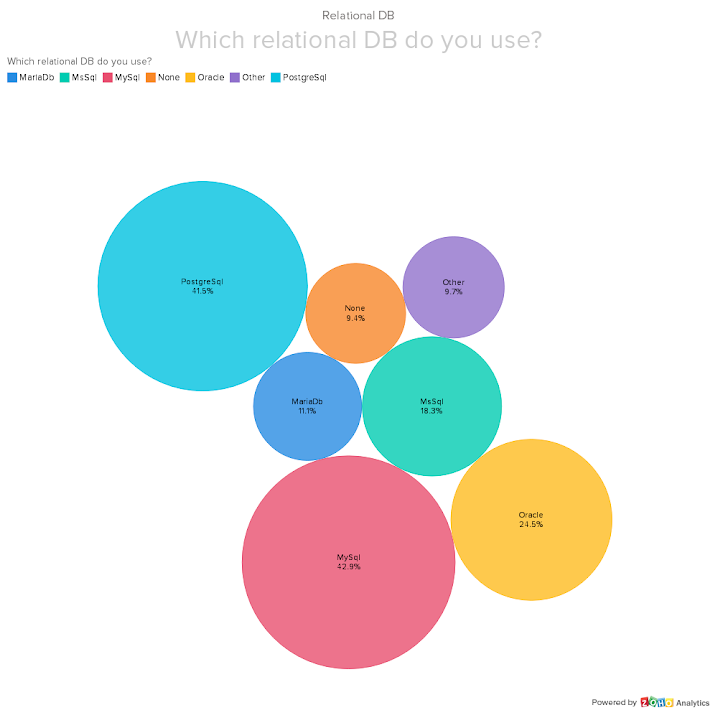 NoSql DB also popular – just one third don’t use any non relational DB, Mongo and Redis are on top rating 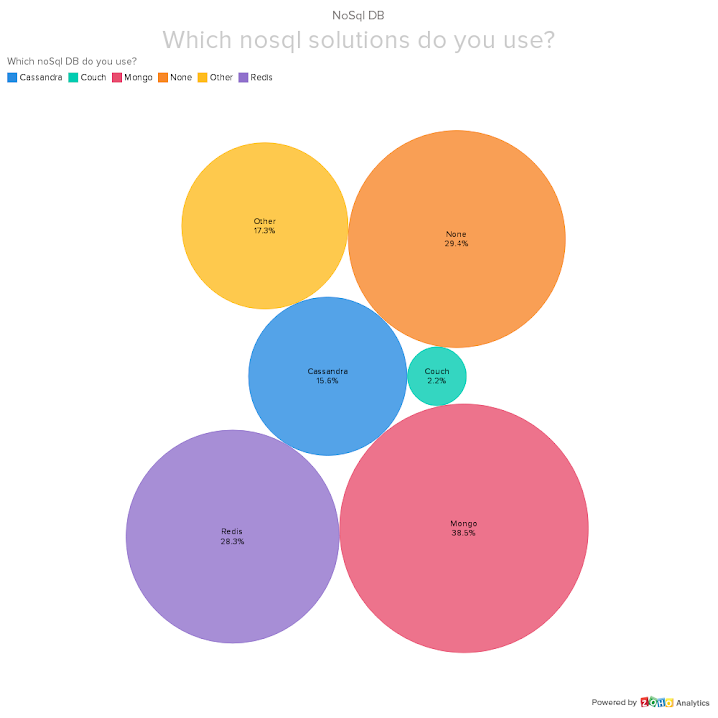 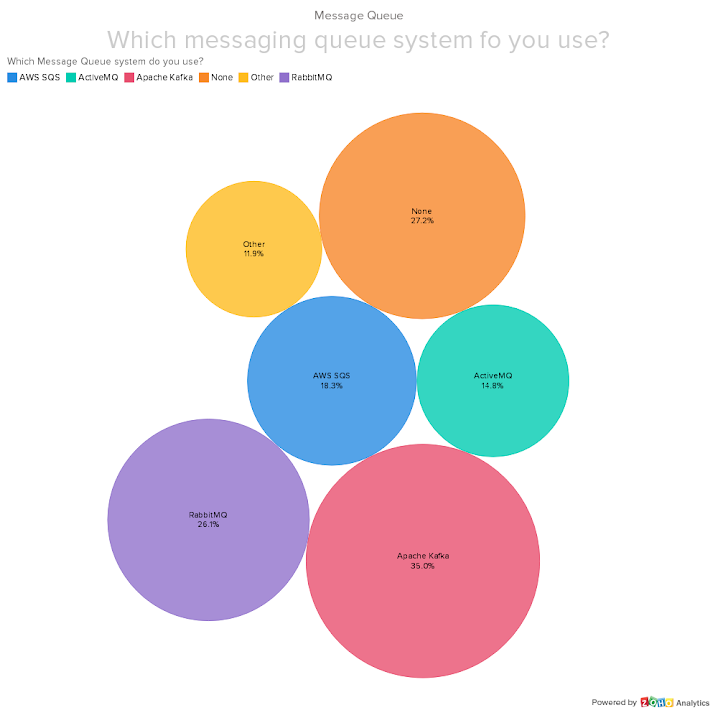 Also in scope of [email protected] part I asked how many devs use Lombok. Shortly: a lot – 60% 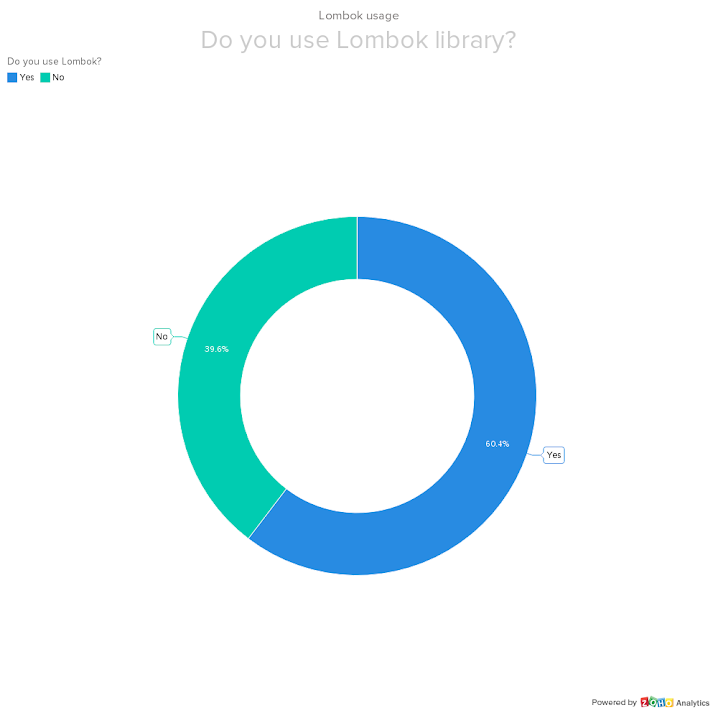 and the last thing I asked in this part was question about logging systems. So log4j still more popular than logback or log4j2 🙁 Also majority use slf4j as facade 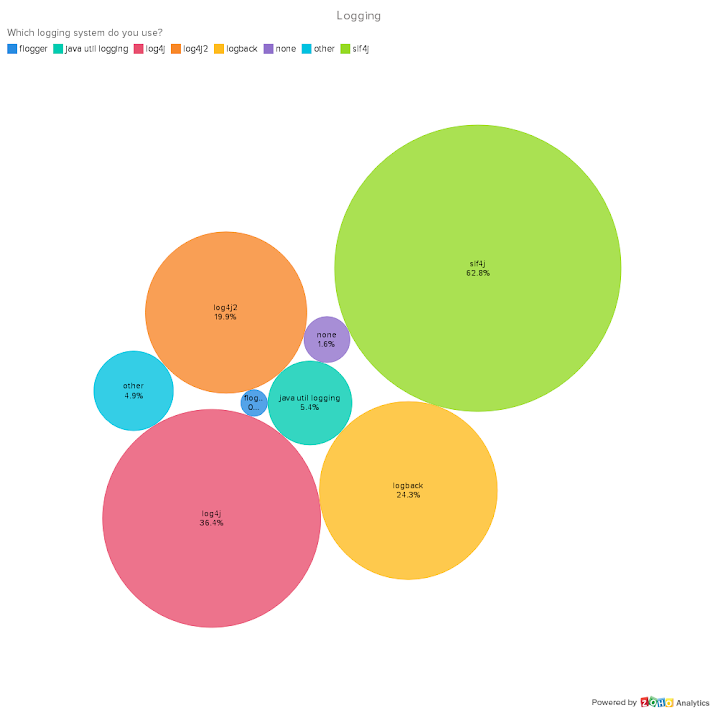 Here we’ve got final answer for hollywar Eclipse vs Intellij IDEA but let’s start from the simpler things. So project build tool – Maven still is a leader but  Gradle is quite close 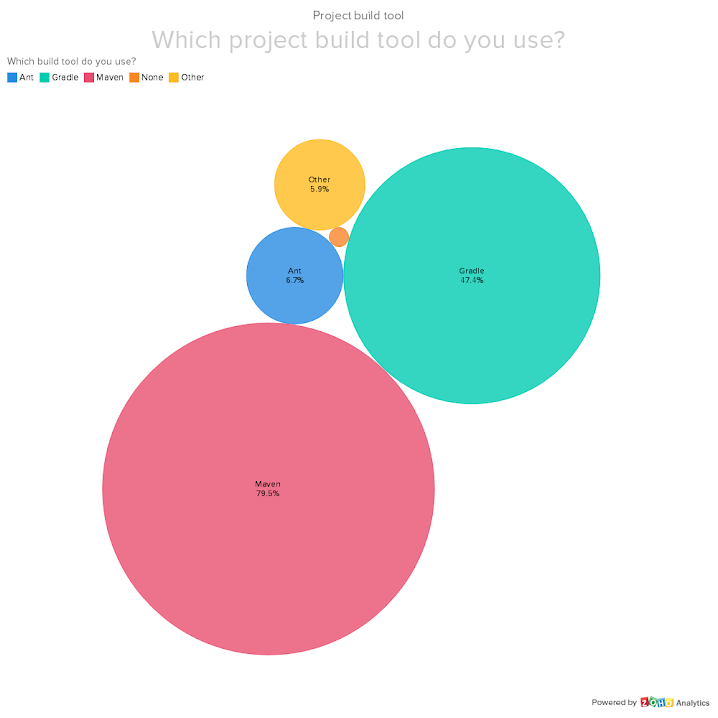 Everybody migrated to git, SVN is almost dead 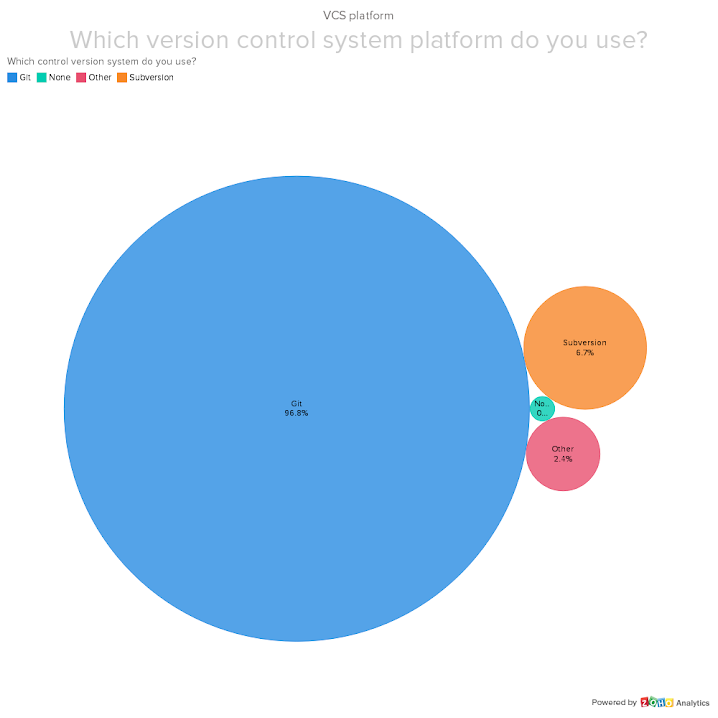 GitHub, GitLab, BitBucket there are no one leader 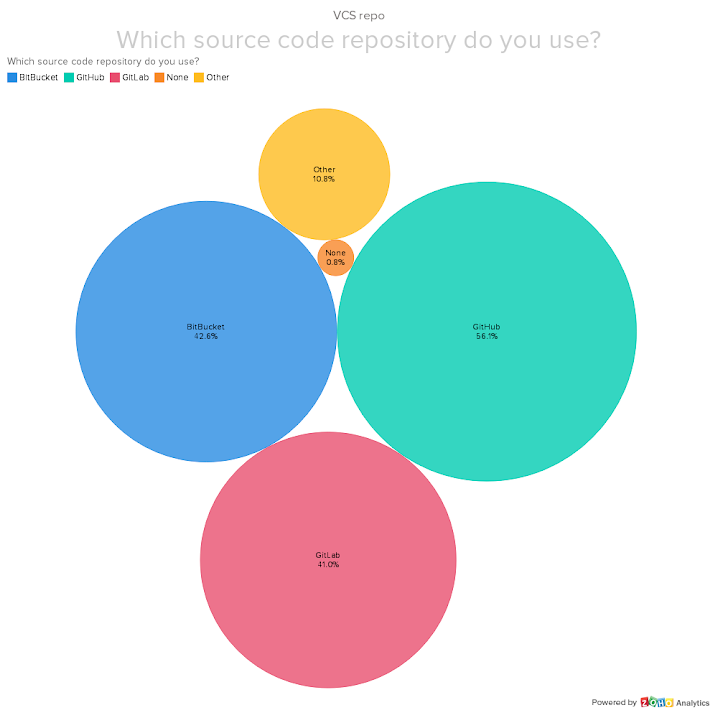 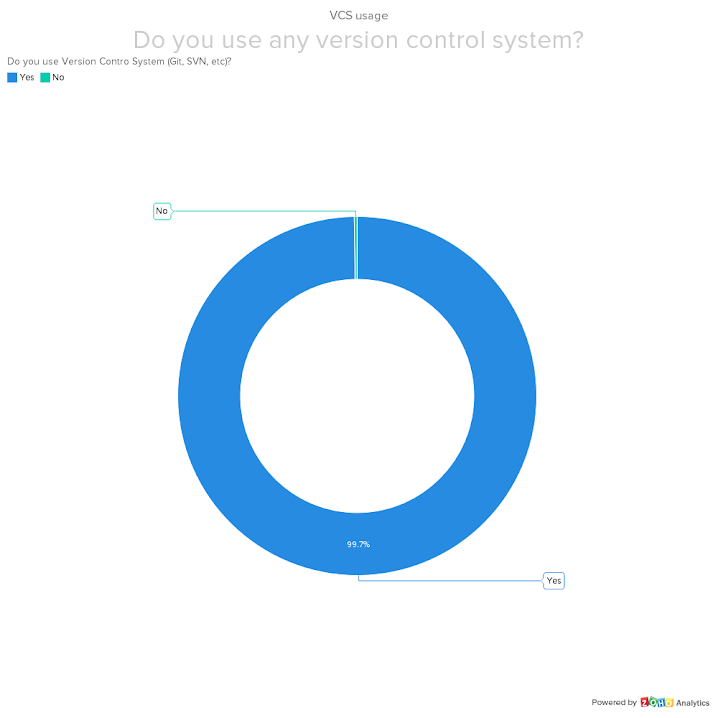 93% has continuous integration system on a project, I’m proud of ukrainian IT 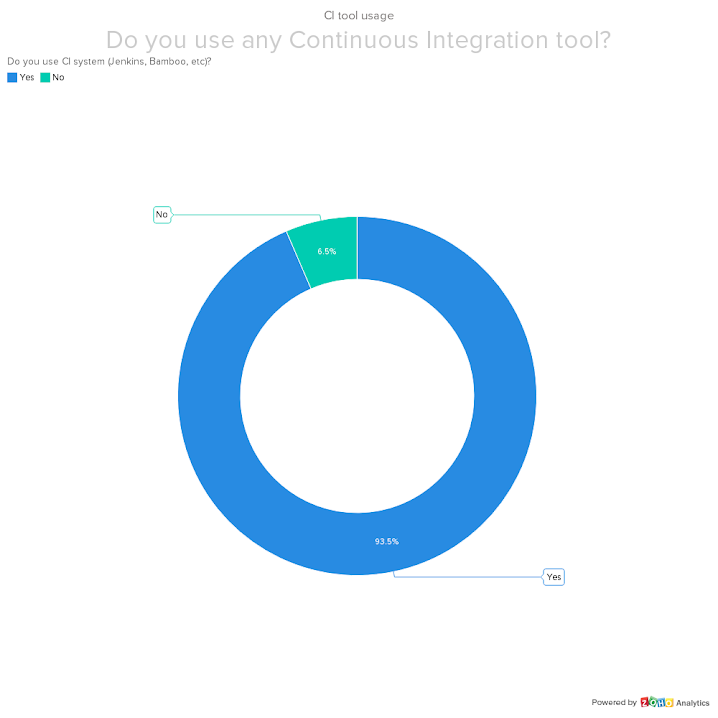 Most popular is Jenkin, second place is for “Other” 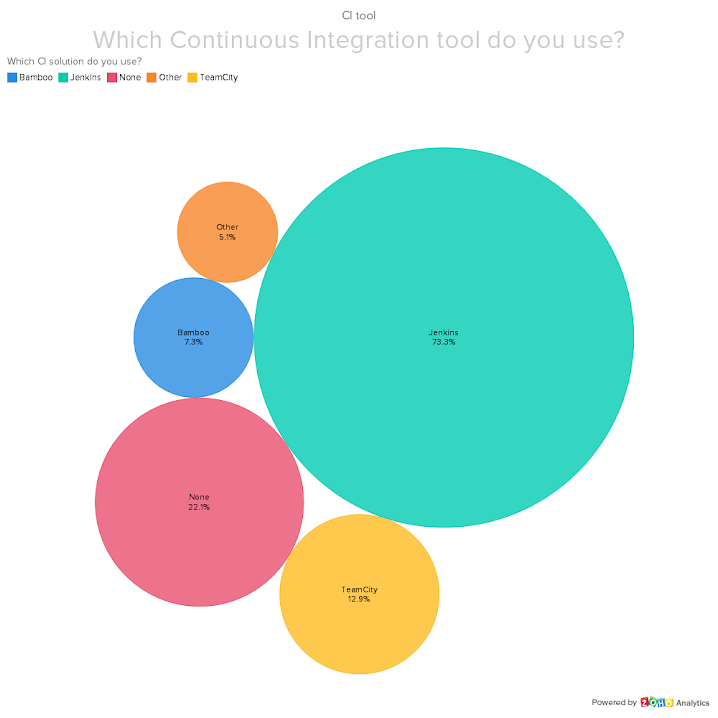 And the most interesting 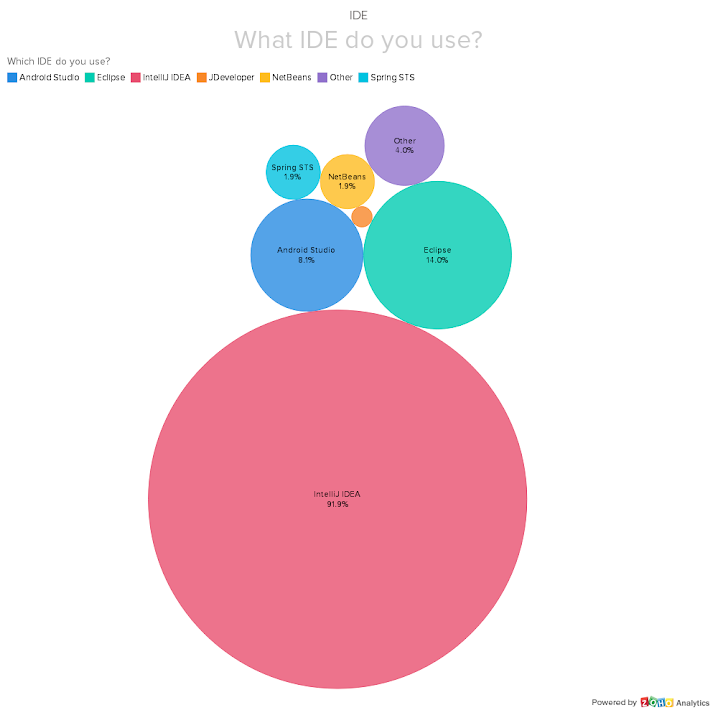 Bug tracking system is used on most projects 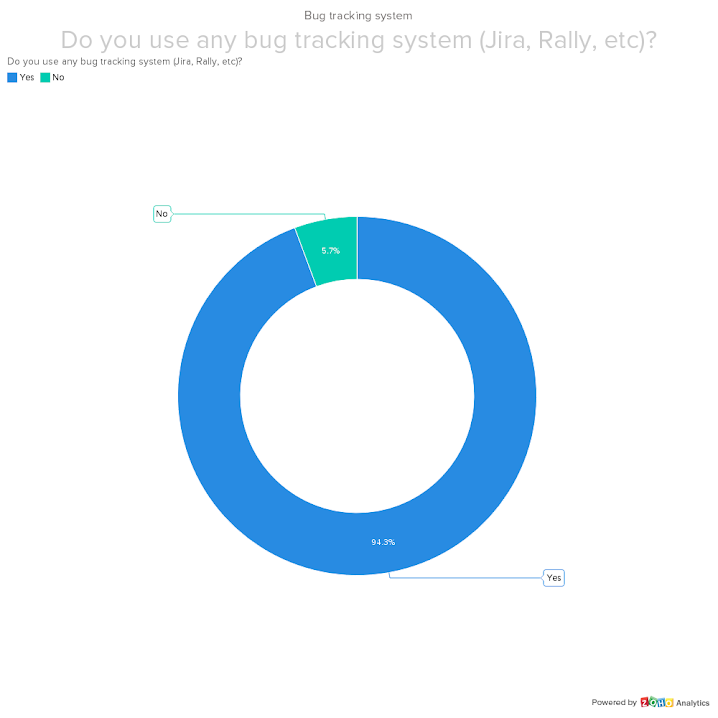 There is no typical release frequency. Seems each project has his own pace. 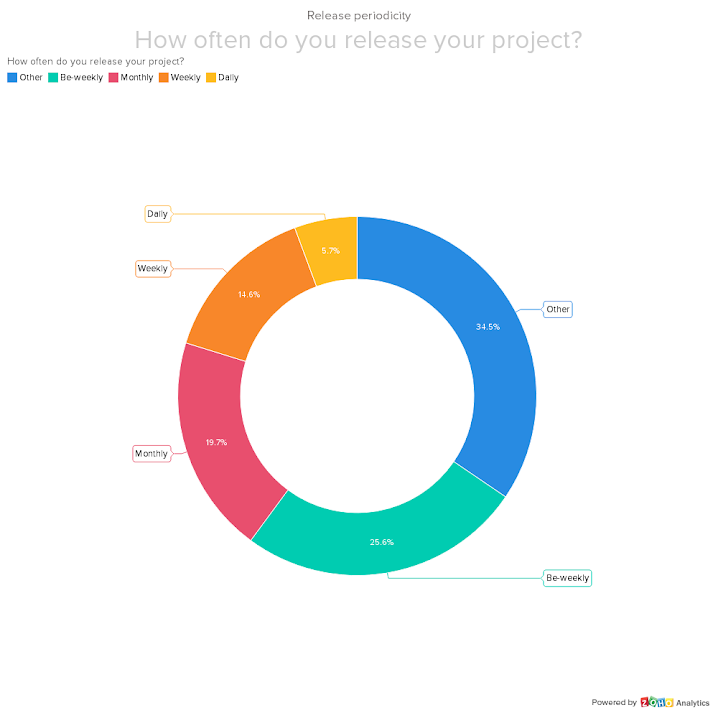 before release code is covered with unitary tests 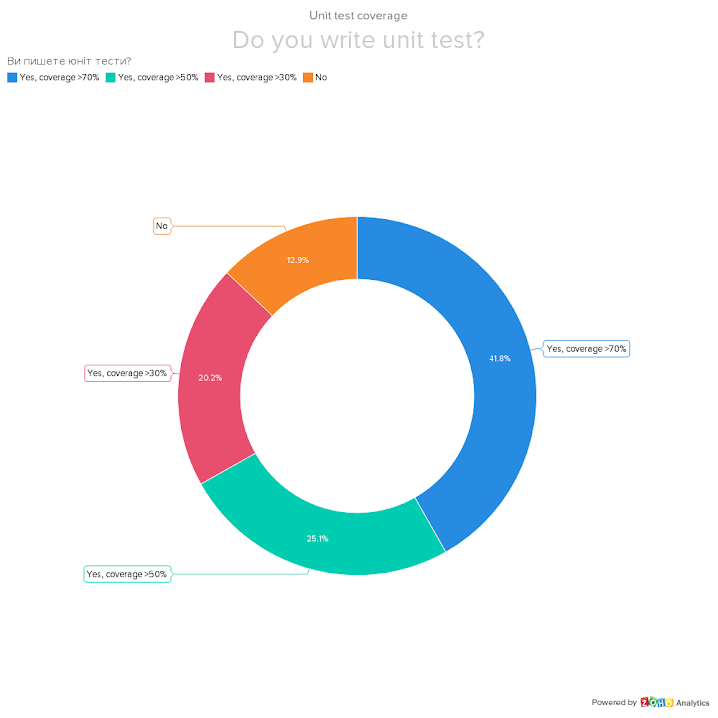 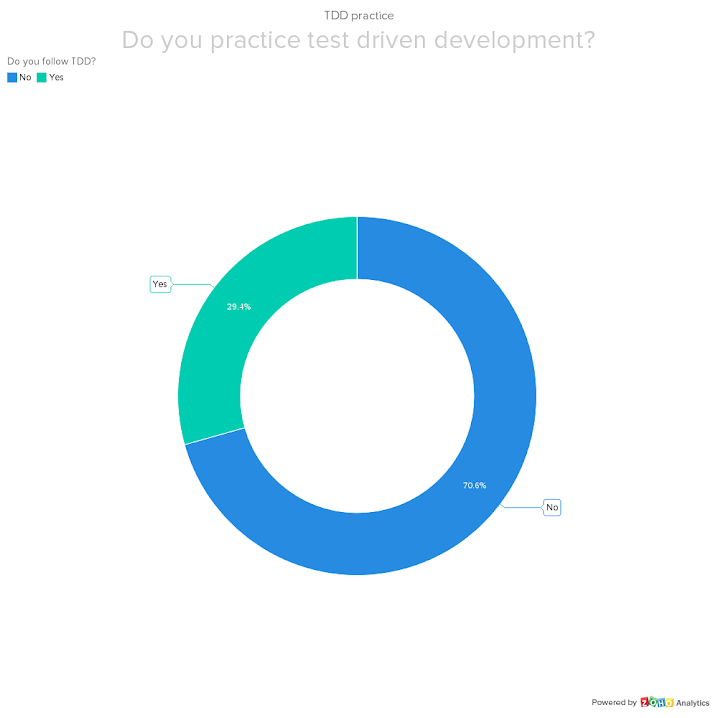 Normally there is dedicated QA engineer on a project 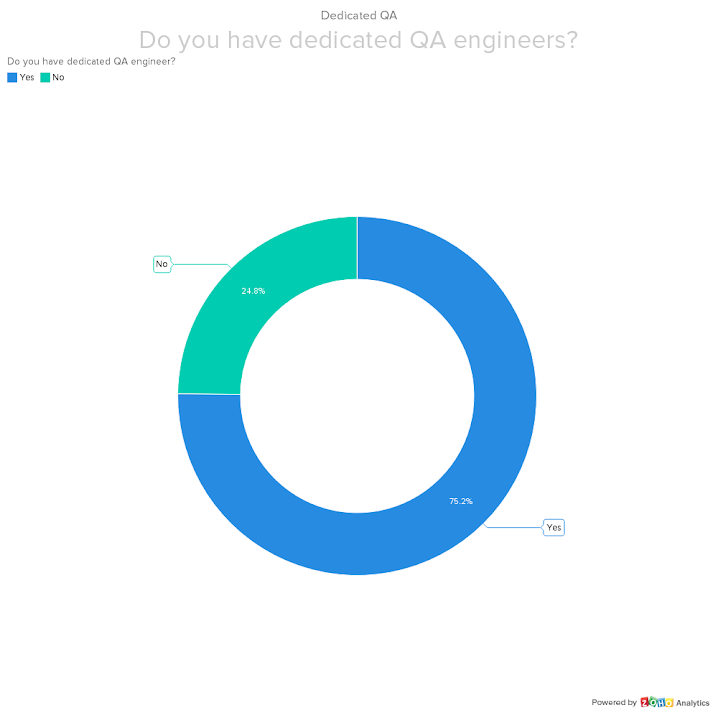 tests are performed manually or manually and some automation tests 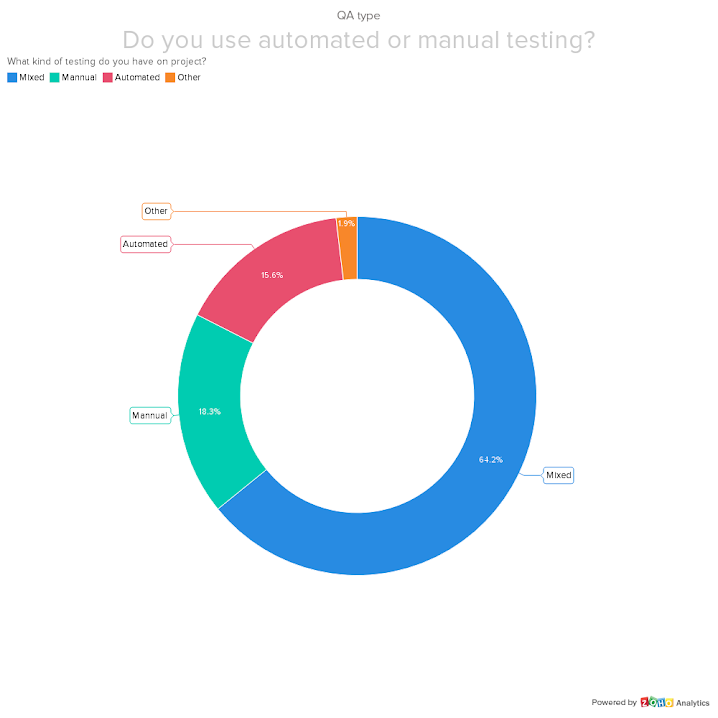 QA environment usually is quite similar or even identical to prod 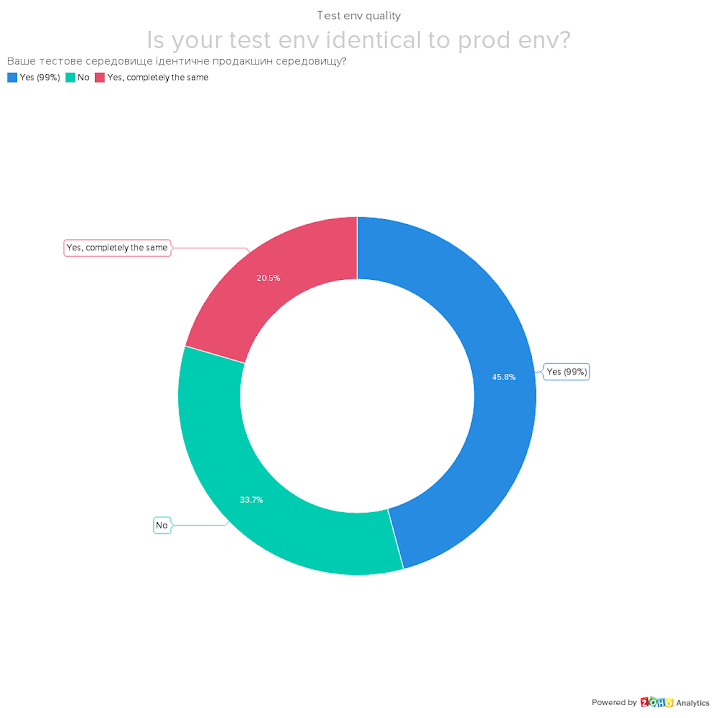 It was the last question…

I don’t make any conclusion on survey but I would really appreciate for you comments, thoughts and advices regards survey.

You could easily reuse my survey if needed 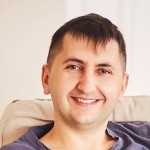